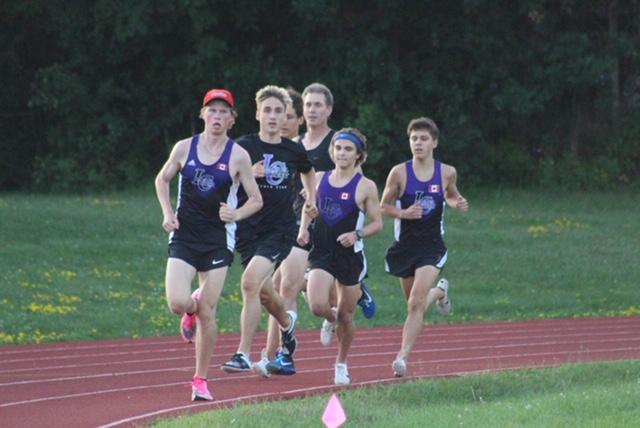 Middle-distance
Suitable for athletes aged 12+ running events 400m,800m,1500m,3000m,5000m as well as steeple-chase and cross-country preparing to compete locally,provincially,nationally as well as inter-nationally. The group is primarily high-school-aged but athletes continue to connect with the group returning from post-secondary programs for the summer. There are also a group of gr 7-8 athletes who have committed to middle-distance training. In the fall, runners focus on the Cross-Country season. Workouts are on Monday and Wednesdays, 5:30pm to 7:30pm and on Saturday mornings. Tom Fitzgerald is the primary coach
========================================

GENERAL INQUIRIES contact Bruce Glebe(bglebe@rogers.com)
Throughout the year, specific training groups may make use of other training venues such as: Waterloo Park, University of Waterloo Athletic Fields, or McLennan Park.